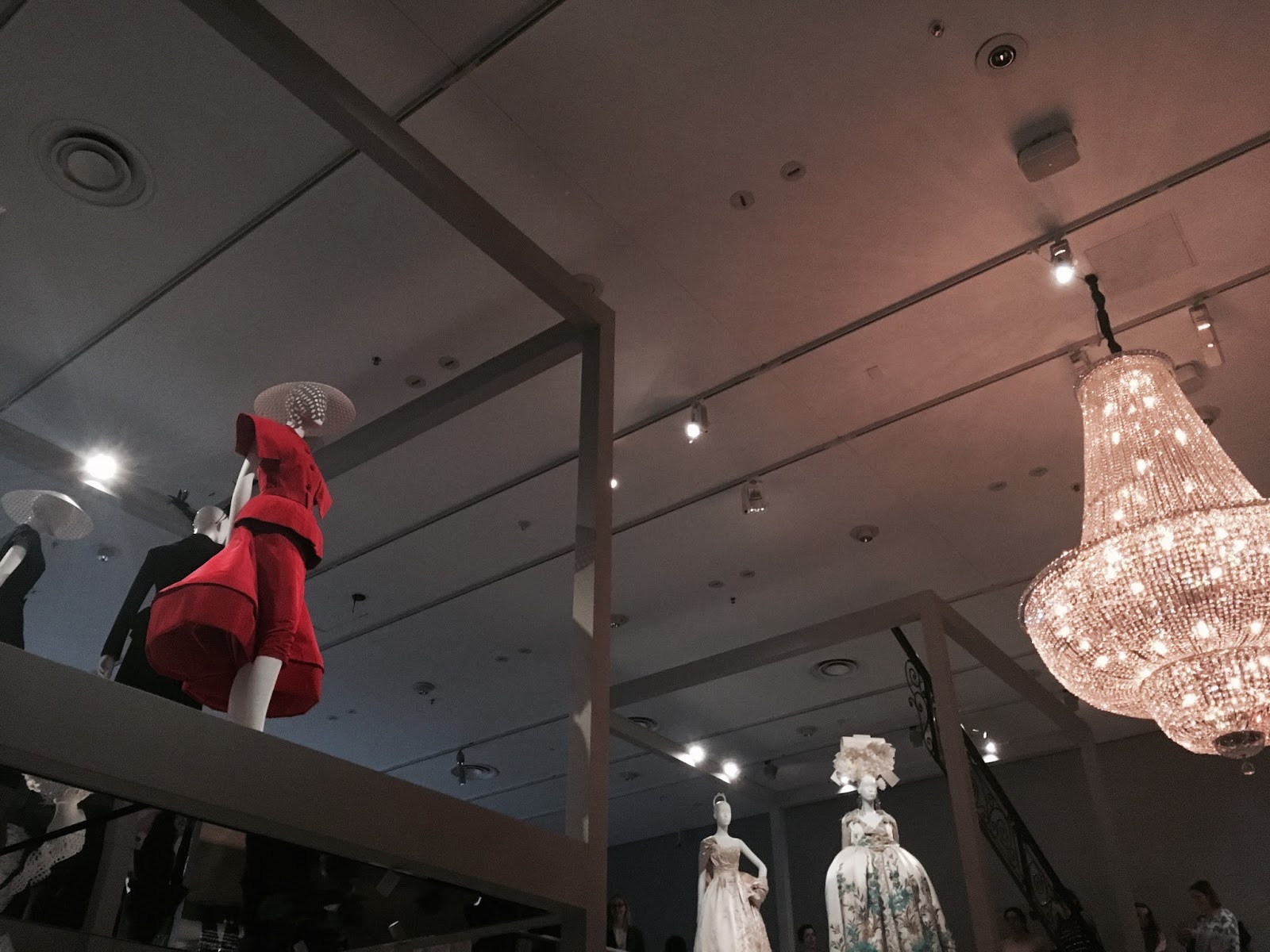 We’re very lucky here in Melbourne to have been treated to the House of Dior: Seventy Years of Haute Couture exhibition hot from Paris. Charting the history of the house over 70 years – from Christian Dior’s revolutionary first collection right up to Maria Grazia Chiuri of the present day – the exhibition, at the National Gallery of Victoria, showcases more than 140 pieces in a setting designed to emulate the couturier’s headquarters on Avenue Montaigne in Paris. The House of Dior actually has a very special relationship with Australia, as Christian Dior himself came to these shores to showcase the first full Dior collection outside of Paris at the David Jones spring show in 1948. 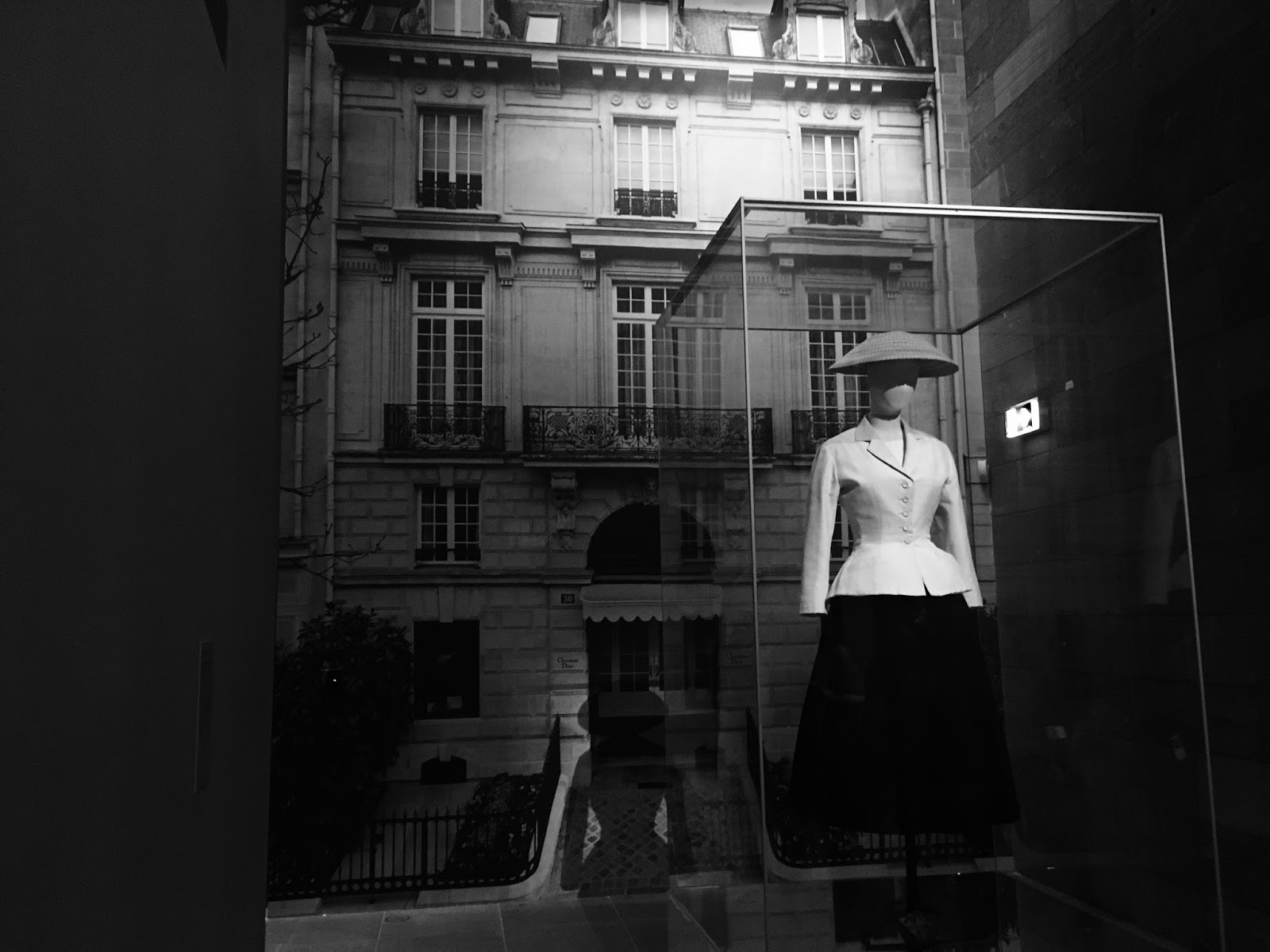 A collection that changed the course of fashion history: Christian Dior’s ‘New Look’ of 1947. Dior’s inaugural collection, Corolle – which was declared a ‘New Look’ by the Editor-in-Chief of Harper’s Bazaar, Carmel Snow – showcased designs celebrating the voluptuous female form, including the legendary Bar Jacket (above). Post-war and in a period of austerity, spectators were horrified by the lavish use of fabric in the designs, which were a shock to behold after years of rationing. But soon enough, Dior’s New Look started a revolution and Parisian fashion thrived once again. 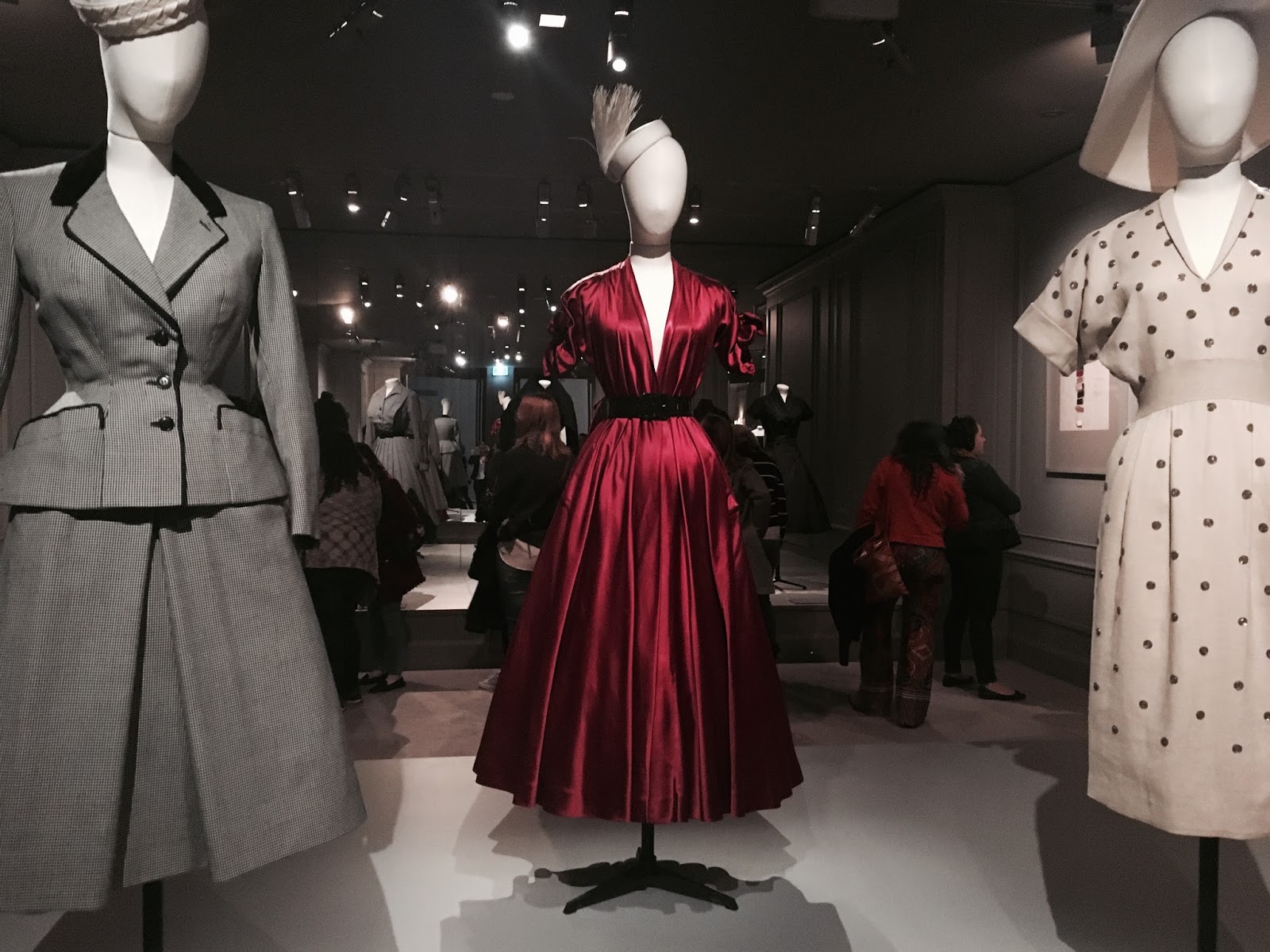 A young Yves Saint Laurent was introduced to Christian Dior by the Editor-in-Chief of French Vogue. Saint Laurent worked together with Dior on later collections and eventually took the reigns as Artistic Director after Dior’s death in 1957. 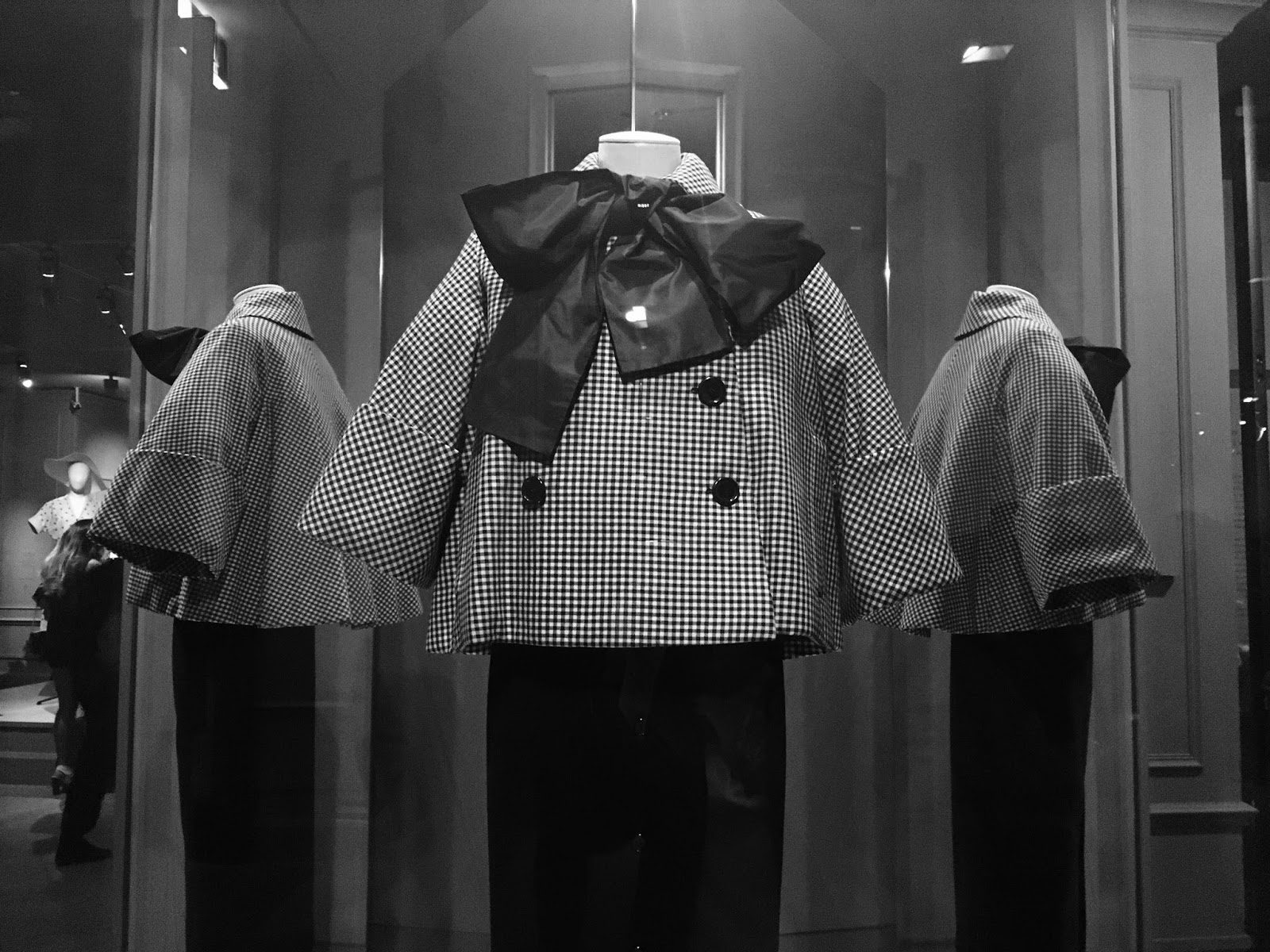 This jacket showcases Christian Dior’s signature use of bows and checks, which became codes of the house. If you’re a fan of Miss Dior perfume, you’ll notice that these feature on the bottle. 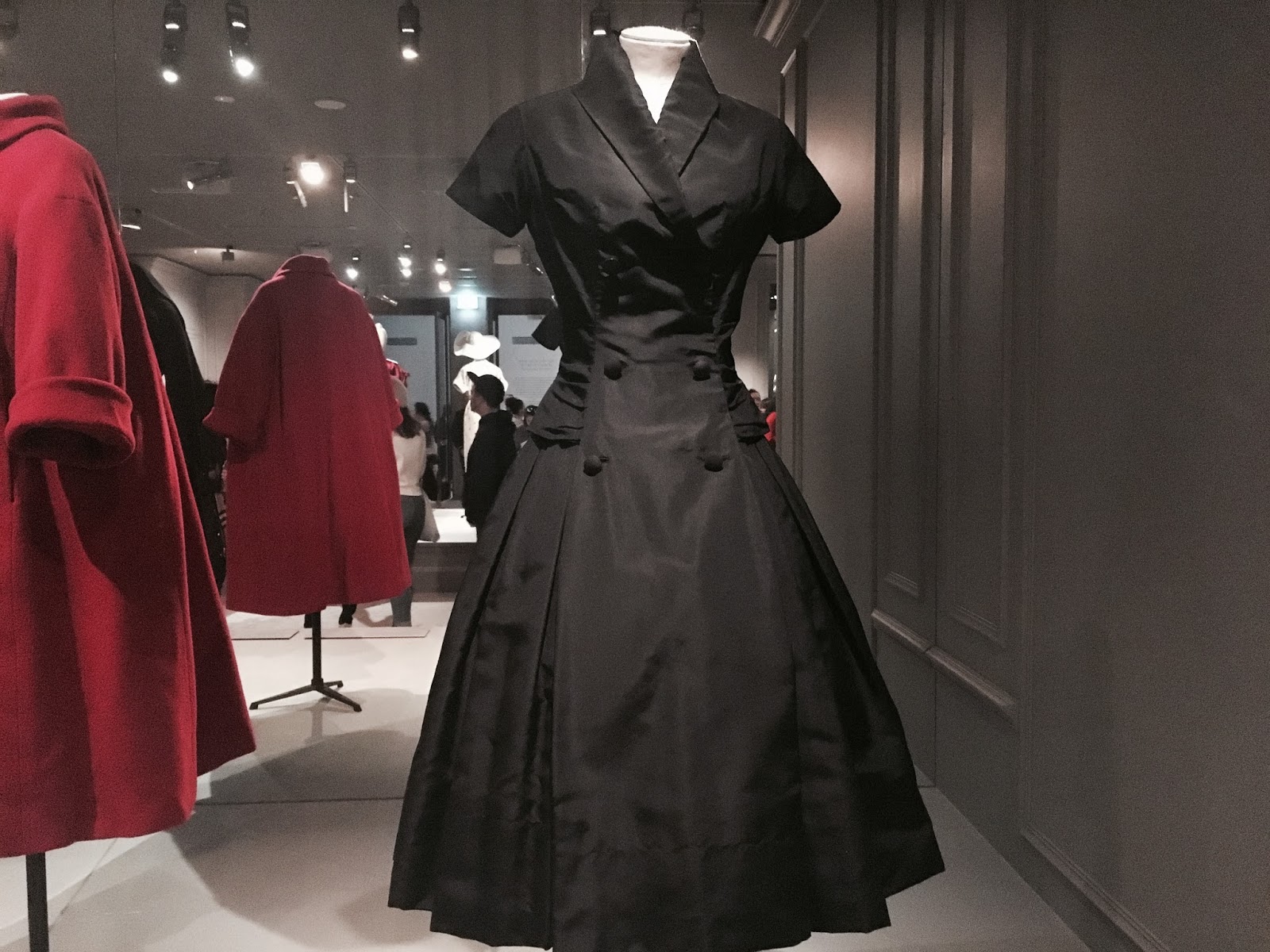 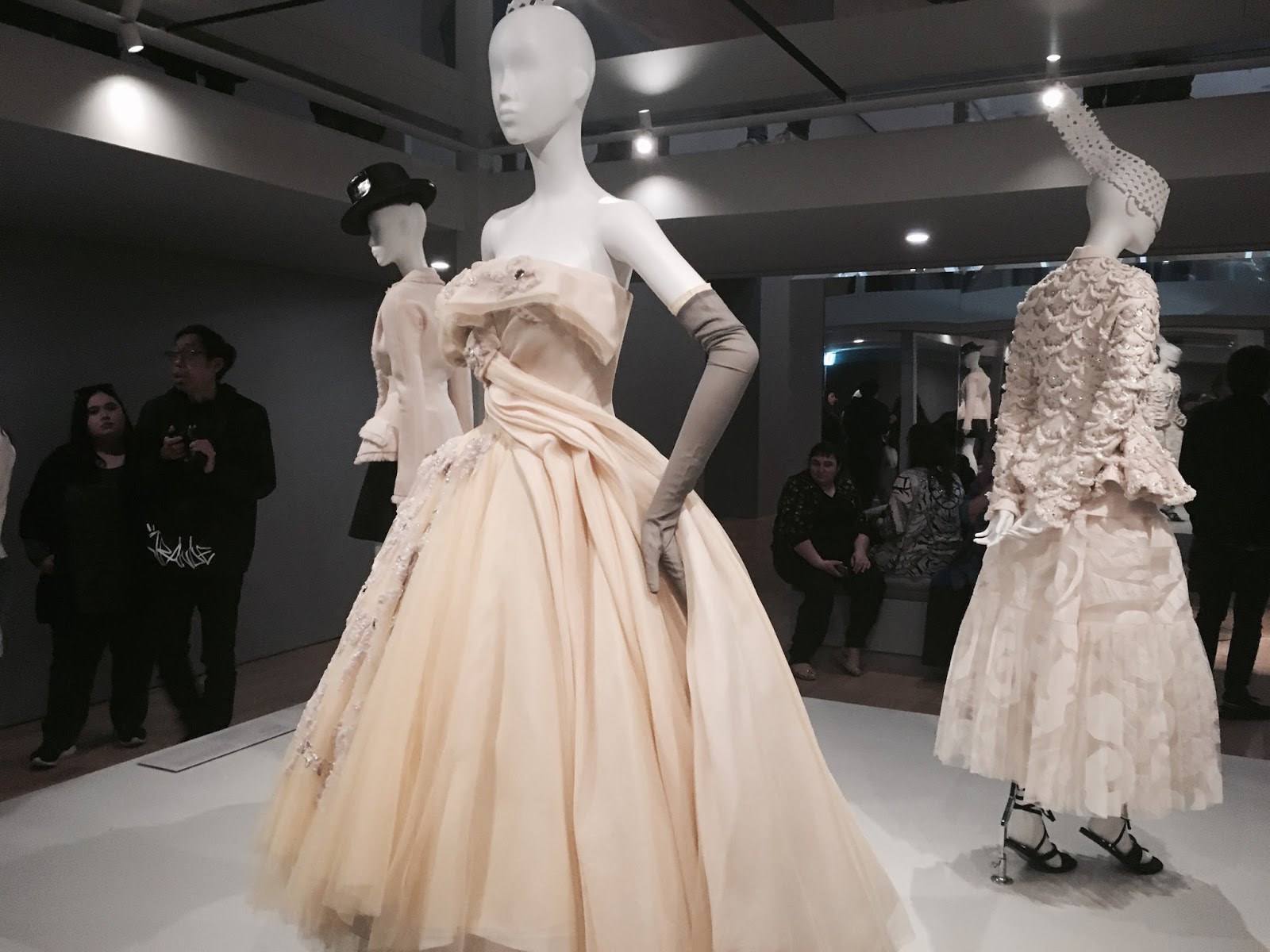 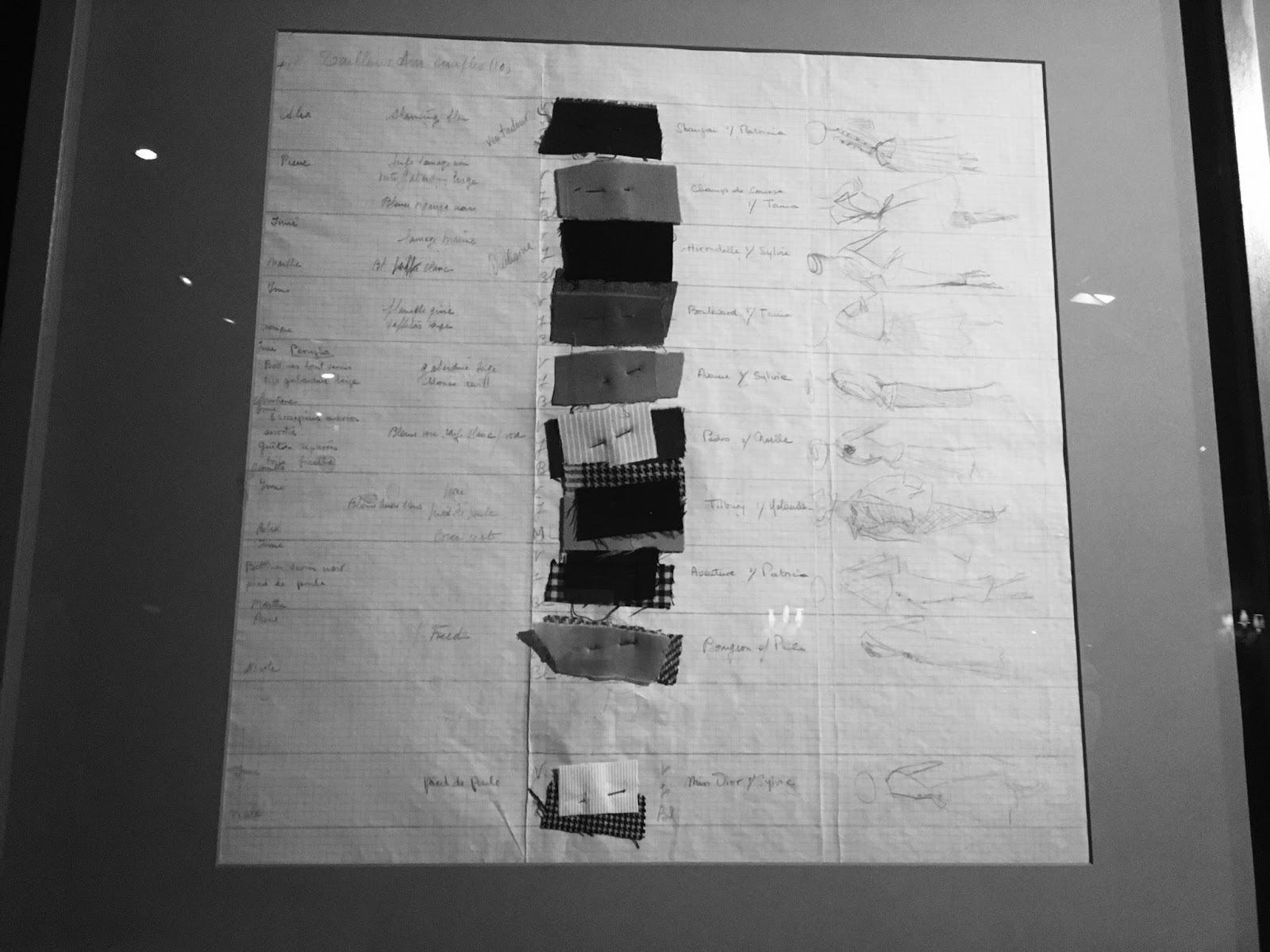 Sketches and swatches by Dior for the early collections. 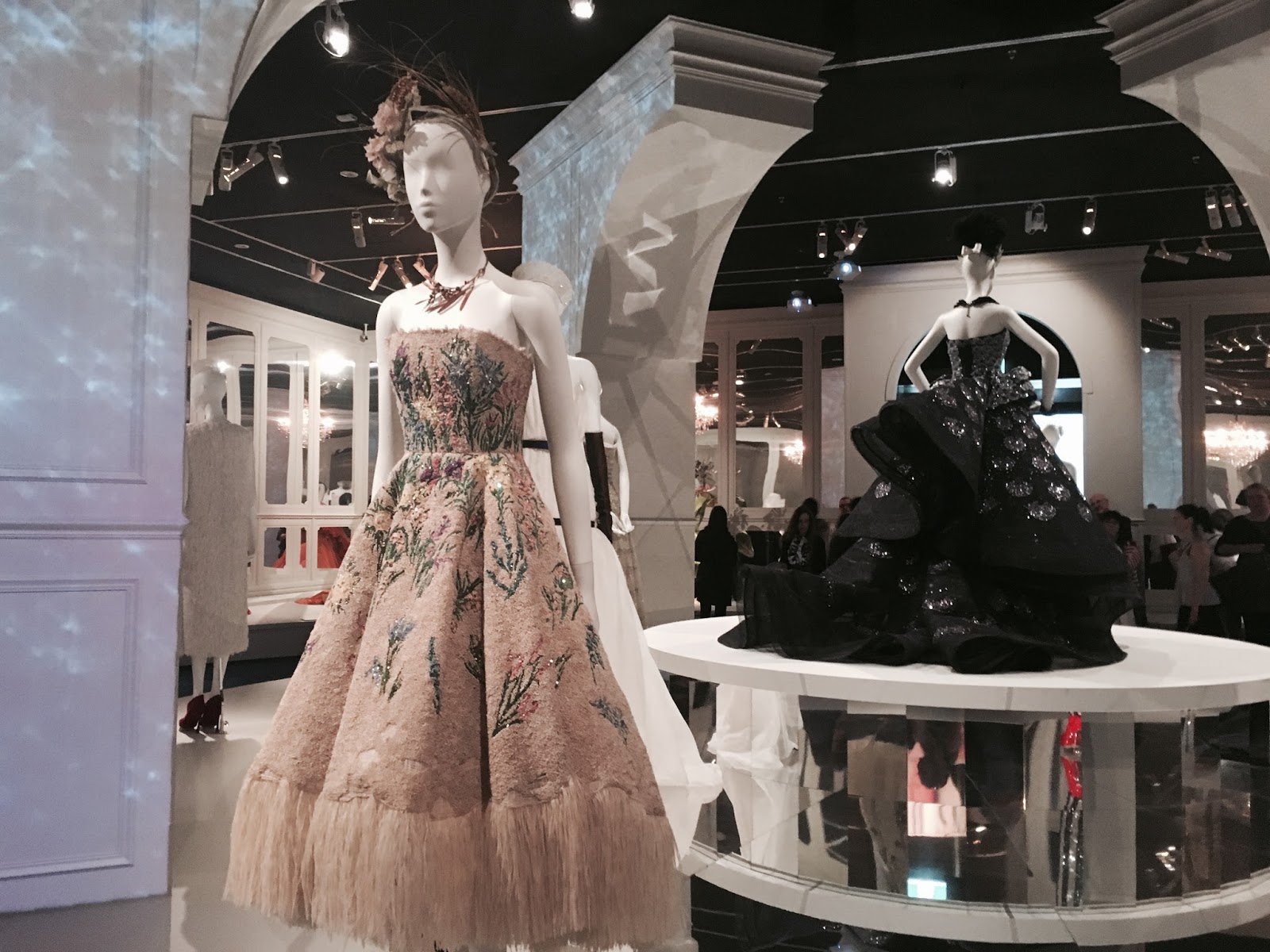 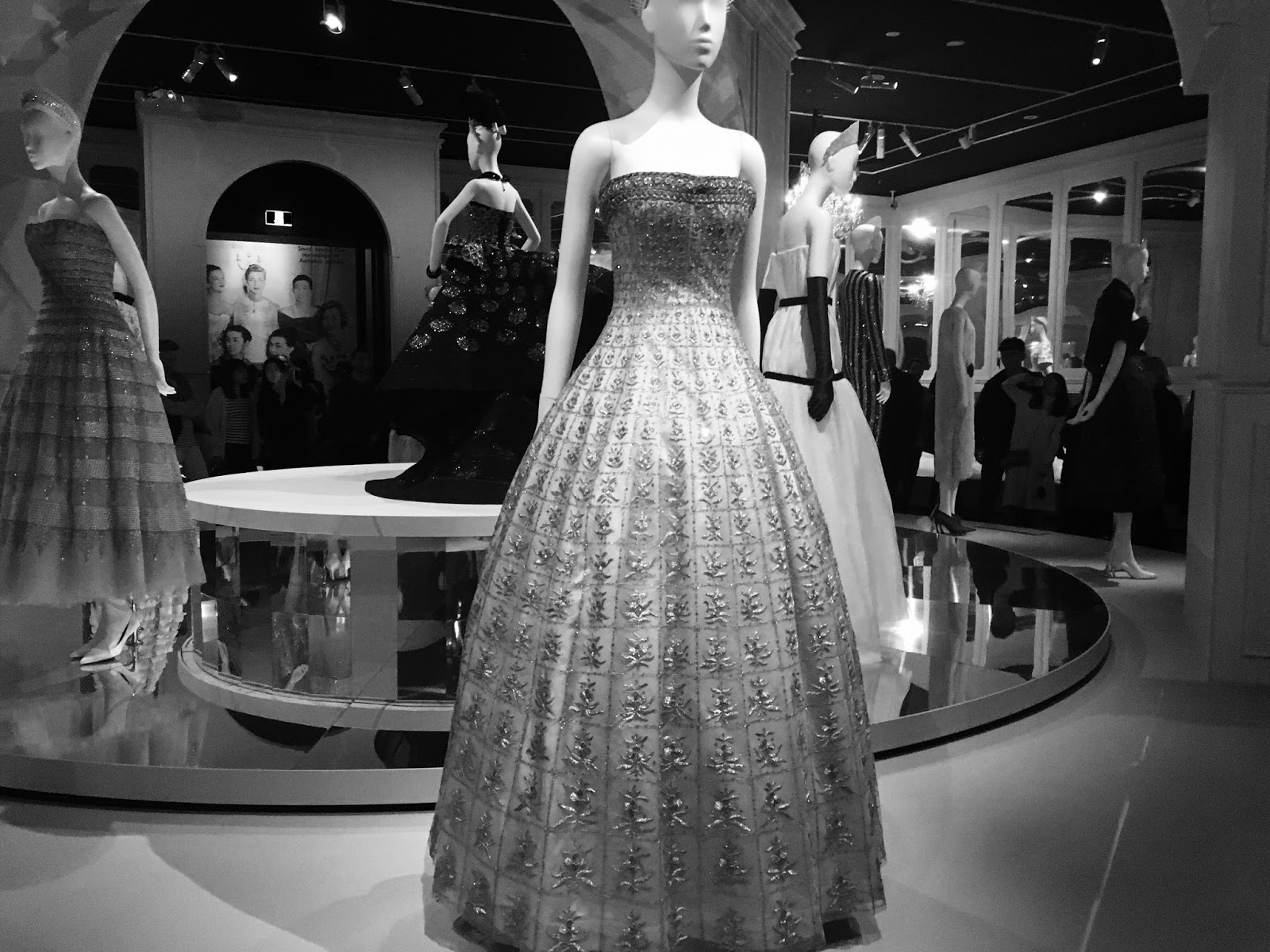 Christian Dior loved flowers and gardening and nurtured a beautiful rose garden in his family home at Granville. He even used to add lily of the valley into the hems of his model’s dresses for good luck. His passion for flowers is evident in many of the looks including this delicate beaded evening gown. Below is Raf Simons’ own interpretation of the flower dress, which was worn by Natalie Portman for the Miss Dior fragrance campaign. 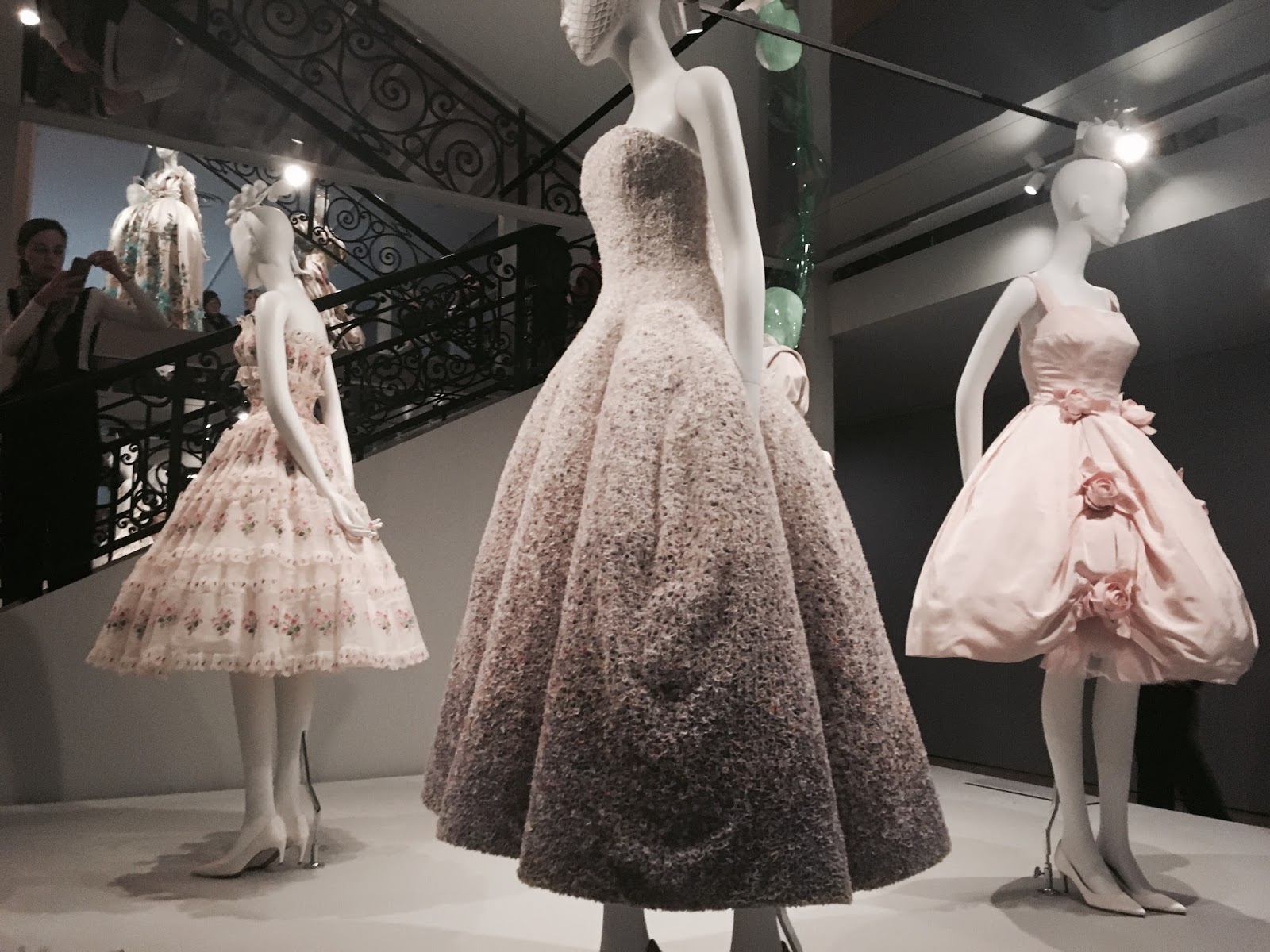 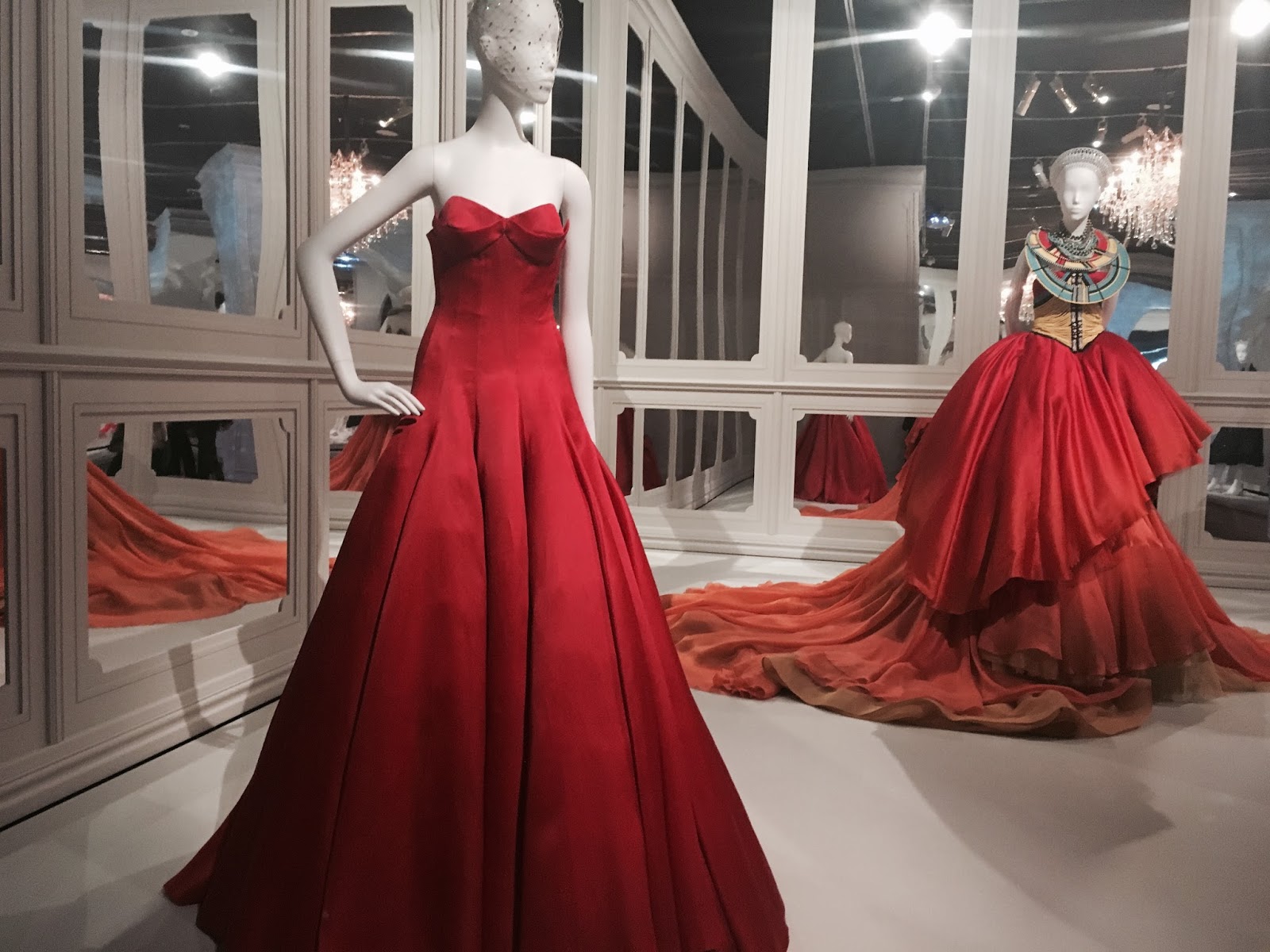 You can see the converse styles here of the theatrical and whimsical John Galliano (right) and his successor Raf Simons (left), who brought a more contemporary and pared-back look to the collections. 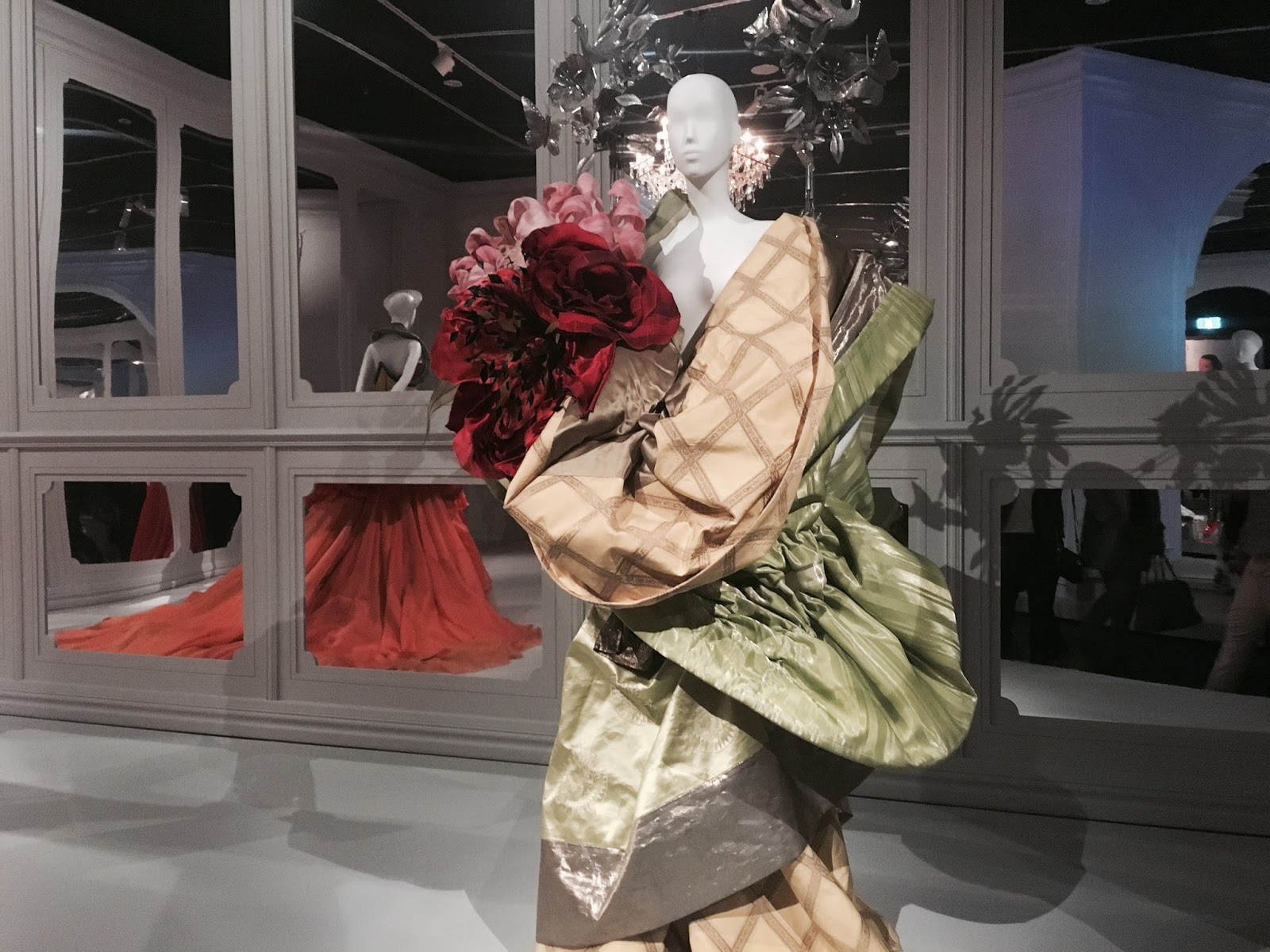 More of Galliano’s theatre. I remember when I saw the first Simons show in 2012 – I think I’d become so accustomed to seeing Galliano’s lavish and outlandish offerings that I initially felt a little underwhelmed by Simons’ new direction for the house. But the cuts and thoughtful use of colour were actually incredibly beautiful; modern, sophisticated and wearable with subtle nods to the heritage of the house – a look that was perfect for Dior’s new era. 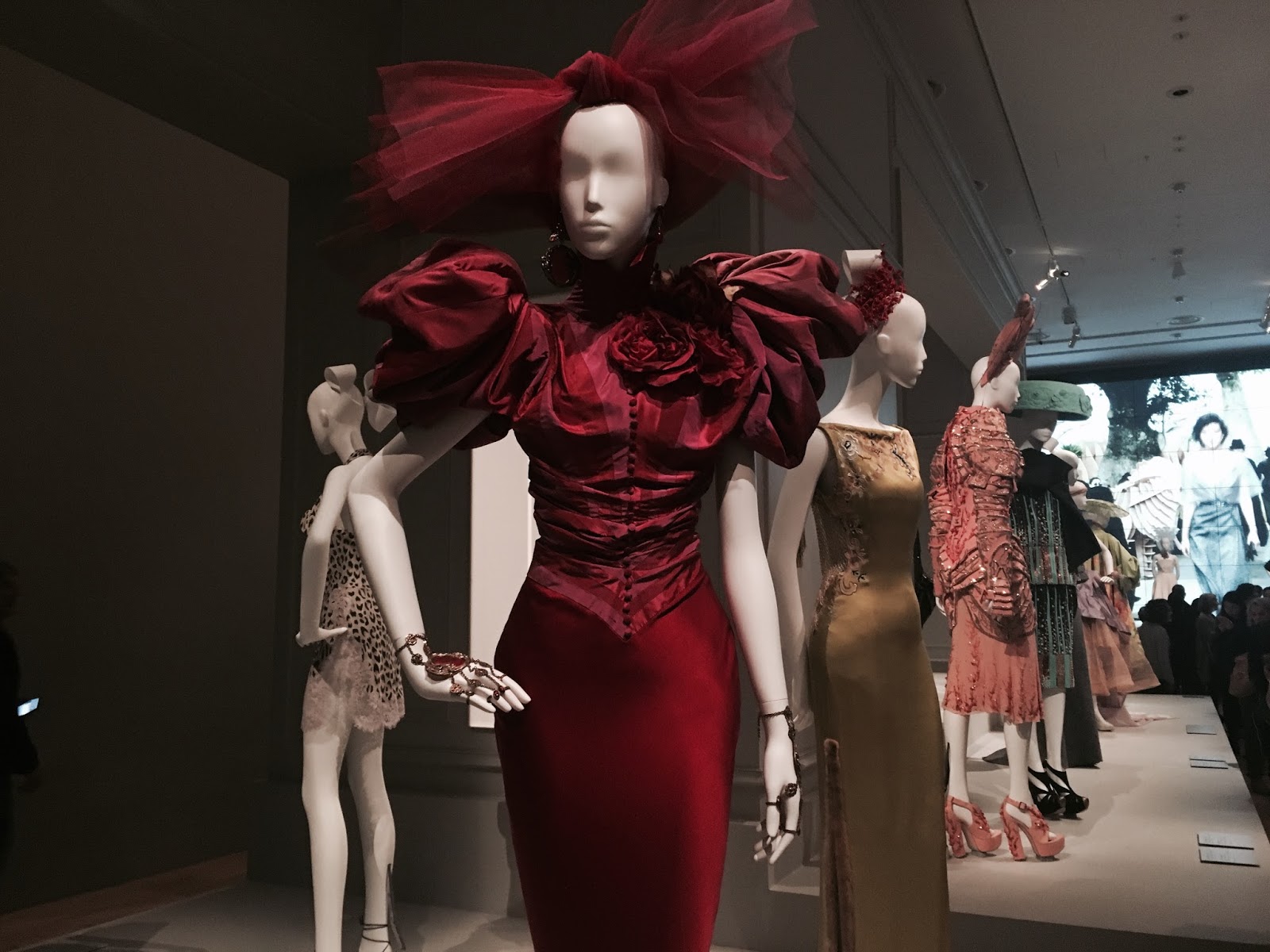 Having been at the helm of Valentino for 17 years, it’s no surprise that current Artistic Director Maria Grazia Chiuri’s collections are graced with a more soft, romantic and feminine touch. This look was created for supermodel Miranda Kerr’s wedding to Snapchat billionaire Evan Spiegel and features delicate hand-sewn lily of the valley embroidery.

Travel, fashion, beauty, food and other adventures in between, from a London girl in Melbourne